I'm testing translation and I was wondering if someone could translate the following file into their language?    UPDATE   LangFile.zip

You can find the test version in the signature of the developer Legolash2o under the Latest builds link. 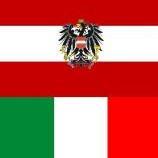 Yes, version 2.0.0.12 : it's a prototype, a "work in progress". Lego is working on this new version, but there is no idea yet, when it will be ready to be released. The translation-files we are talkin