WOW thats really well kinda rude and unnecesarily put out there. Why are you being confrontive about it? Better put: "Hey Lego, what would be the reason for the txt file the toolkit leaves? Can that b 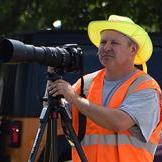 I have already posted this in other thread:

About the slowness issues, I think it's related to the new temp folder location via options. I tried to change the location from D:/WinToolkit (the partition that was auto-detected as having the most