Ever since the introduction of Windows 10 mobile, Microsoft has shifted the marketing focus of its Windows phone lineups from being a separate product, to an integrated component of a single system, which  is namely the entirely of Windows 10 itself. At least from a consumer standpoint, Windows phones are no longer introduced as direct competitors within the smartphone market.

Now, this brings us to the main point in question. Does the supposed enhanced system integration of Windows phones make them all the more relevant now as an investment?

Should you buy a Windows phone now, in this year 2016? The answer will of course depend on the user’s current default need for a mobile device. But if you ever decide to say yes, here are some of the most important reasons why: 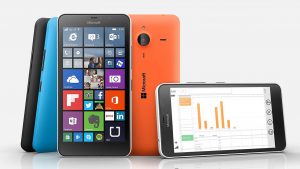 If these three words aren’t hints enough for you, yes, this is precisely referring to Continuum. You know, that nifty little functionality introduced last year that was specifically optimised for new and upcoming Windows phones. As you might have already guessed, Continuum is designed to make a phone work like a PC. No, not by simply opening office apps and connecting bluetooth accessories to it. Well, yes, but instead of just working directly on your phone screen, it effectively transforms the OS into its desktop version. Need to quick edit a file on your way to work and only got your phone? Just hook the necessary input and output accessories and you’re ready to use it like any other workstation.

If there’s one straight reason for anyone to use a Windows phone this year, it’s got to be this. Since the Windows phone is integrated into your own system, it has equal access to whatever your home workstation has or what your laptop could bring. Granted, it still has limitations, particularly in hardware performance, but to be able to function exactly like a PC on the go is something that may be well worth the investment.

Once upon a time, there was an innovation, a concept that set the standard for business-oriented phones today. Enter Blackberry phones, monstrous tiny machines that, at the time, provided not only communication, but direct productivity at your fingertips. With its optimized apps, custom mobile OS, and full solid keyboards, they effectively drove PDAs into obsolescence. True, Blackberry isn’t exactly the very first innovator. Also, Apple eventually superseded Blackberry phones with the introduction of none other than the sleek and classy iPhone. However, its existence brought the idea that phones are now essentially pocket money machines.

Fast forward to 2016, and Microsoft is now planning more or less the exact same thing with Windows 10 mobile, albeit with a bigger focus to the aforementioned system streamlining of course. With the introduction of newer Windows 10 mobile phones in the market, the issue of needing them will now lie on whether your system would directly benefit from it as a mobile business operating system.

Well, technically speaking, ever since Windows 10 mobile was introduced anyway. Initially, Microsoft had indeed hoped that the Windows Phone would soon grow to be a competitor for Android and iOS in the ever-growing mobile device market. Through the years however, despite gaining a considerable user base, it failed to definitively hold itself among its competitors. Phone makers don’t seem to want to do anything with it, and the only major company that wanted the damn OS was none other than Nokia. Worse, Lumia phone sales are dropping very steadily, suffering a significant 57 percent drop in sales very recently (compared to how it fared last 2015). So yeah, Windows Phone is officially dead.

But while Windows Phone is dead, Windows phones certainly aren’t. With the Windows Phone OS finally ending its trying hard struggle to be like Android and iOS, it might finally be its own OS in the form of Windows 10 mobile. Gone are the days of it trying to catch up with app usage and other mobile device statistics. As a desktop extension and business device, users will inevitably seek something different in Windows phones now, potentially making it a desirable investment even if you already have an iPhone or an Android phone.