Assassin’s Creed Origins, a game that was announced on Microsoft E3 press conference in June becomes available today. The game is available in three editions on Xbox One, Playstation 4 and Windows. 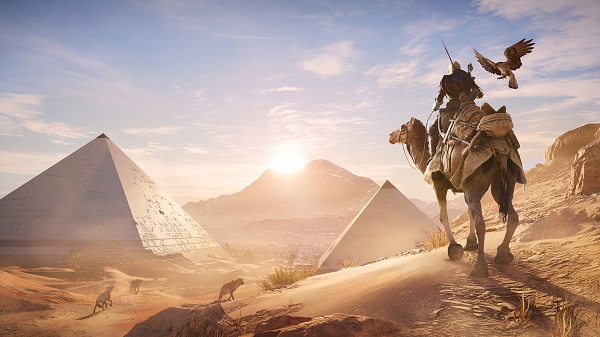 You can get the Standard Edition for $59.99, the Deluxe Edition for $69.99 and the Deluxe Pack that includes game’s Season Pass. Xbox One X will get enhanced version with 4K and HDR graphics support.

Ubisoft’s most popular game franchise celebrates the 10th anniversary this year and Ubisoft from Sofia, Singapore, Shanghai, Chengdu, Bucharest, Kiev and the Sperasoft studio have collaborated in the development of this edition.

The Assassin’s Creed Origins story takes place in Ptolemaic Egypt during Cleopatra’s ascent to the throne 49 BCE. In order to get the better game story, Maxime Durand, a Production Coordinator, and Historical Researcher had to closely work with various Egyptian historians and experts to fill in the blanks of the story.

A new Artificial Intelligence framework was built from the scratch and the team has designed a new color-grading feature in order to create specific and unique color ambiances. The development team had to use satellite images of Egypt to fine-tune colors of the ground and vegetation.

The XBox One version currently has 85% critic score on Metacritic and is currently one of the best AAA games released this Fall.