Intel has finally decided to get back into the desktop graphics business with its new DG1 and DG2 chips. The company announced a partnership with two ecosystem partners and one of them is Asus. 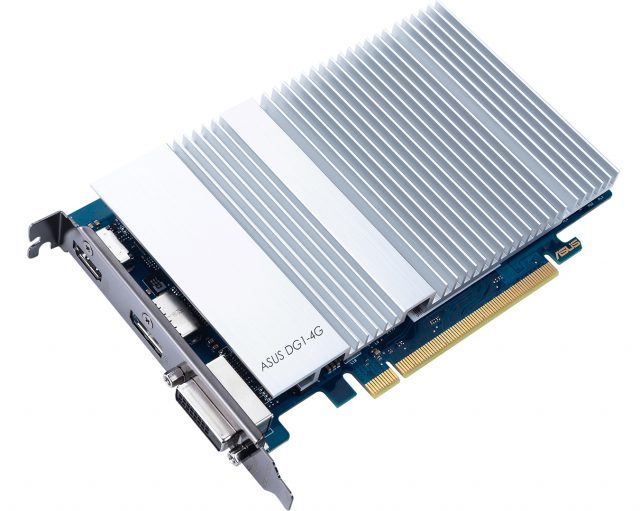 The Asus DG1-4G card made by Asus will be shipped without a fan and will be OEM-only as you can see from the picture below. According to Intel, these GPUs will work only on specific systems and paired with 9th and 10thgen Intel Core desktop processors and Intels’ B365, B460, H310C, and H410 chipset-based motherboards.

As this motherboard type requires special BIOS that supports Intel Iris XE these cards probably won’t be compatible with other systems. Blocking the first Intel GPUs after 20 years from working with AMD systems could be a wrong move, but then again these are not gaming cards and will probably be intended for pre-built small business PCs.

These discrete GPU cards are built on the same low-power XeLP architecture that can be found on new Iris XE Max discrete laptop GPUs. Intel plans that these Xe LP-based graphics speed up creative and multimedia tasks like video encoding etc.