Back in 1985, Microsoft has introduced its first Microsoft Windows operating system. The company released its first GUI (graphical user interface) that helped users to perform basic computer operations using a keyboard and a mouse. 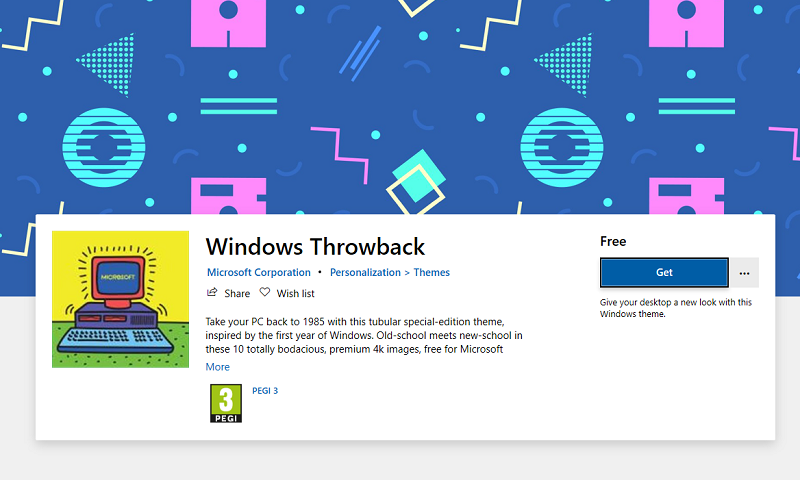 Prior to Windows, Microsoft was developing software that was used on IBM’s hardware.

To celebrate its first Windows release and to bring back old memories and nostalgia, Microsoft has released a Windows Throwback theme pack for Windows 10. The theme features 9 wallpapers with special theme sounds.

The theme pack is 10.97 MB in size and requires Windows 10 version 14951 or later to run. If you were using the first Windows OS and would like to bring back old memories, search for the “Windows Throwback” term in Microsoft Store, hit the download button and enjoy it.