Some time ago Microsoft has announced that its popular classic Paint app would be released in Microsoft Store for Windows 10 users. 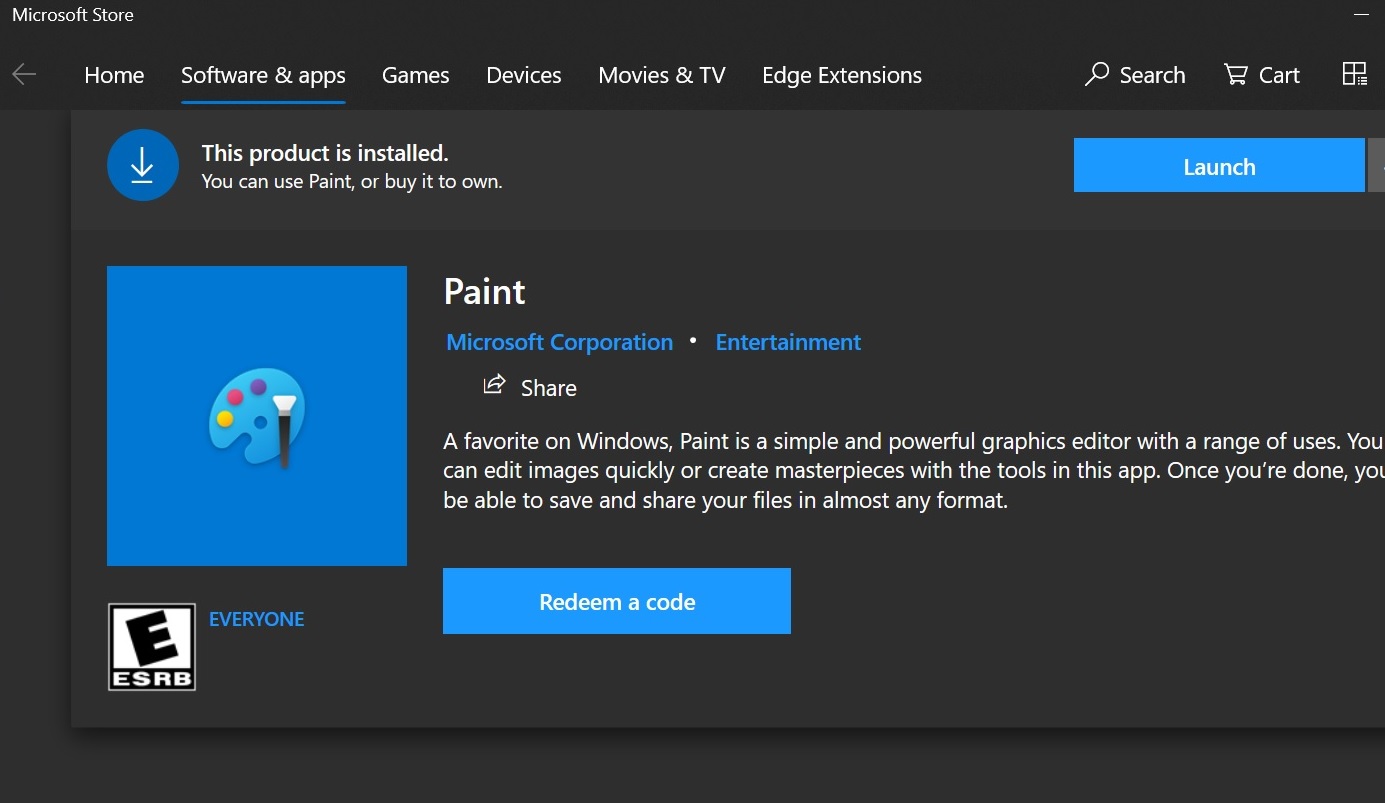 t seems that this is finally happening, as the Italian blog Aggiornamenti Lumia has posted information about the classic Paint app becoming available in Windows 10 store. Unfortunately, classic Paint is still not available for all Windows 10 users at this time.

On the other hand, Microsoft is removing Paint 3D and 3D viewer apps as those will no longer come pre-installed on new Windows 10 installations, even though both of these apps will remain available in Microsoft Store.