If we can judge by the vast number of dead links pointing to Microsoft downloads or KB articles it appears that Microsoft is silently shutting down their Hotfix Download service. Consumers who attempt to download hotfixes from Microsoft’s website are presented with a “This hotfix is no longer available message”.

The company advises consumers to update their devices to the latest Windows version to solve possible Windows issues, use software updates and support files. 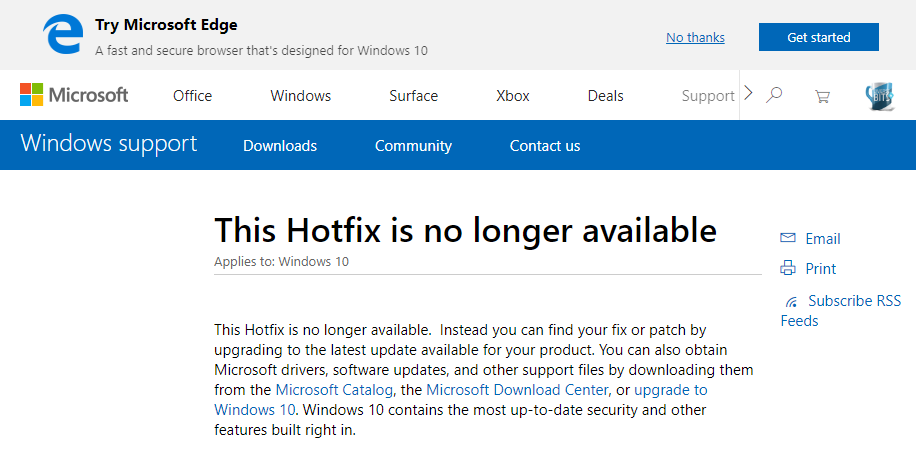 Microsoft has been providing the service for the past 18 years now. Windows hotfixes were available as separate downloads for administrators and were used to fix various Windows issues. And while the official announcement for this matter still isn’t available it appears that Microsoft indeed is preparing the complete demise of Windows hotfix service.

The good news is that hotfixes can still be accessible from the Microsoft Catalog, however sooner or later, that download links could be ditched too. Microsoft was never intersted in releasing Windows 10 hotfixes, but rather is moving towards more frequent and cumulative updates.