Windows Mail app that comes pre-installed with Windows 10 Operating System might start showing ads in the near future. 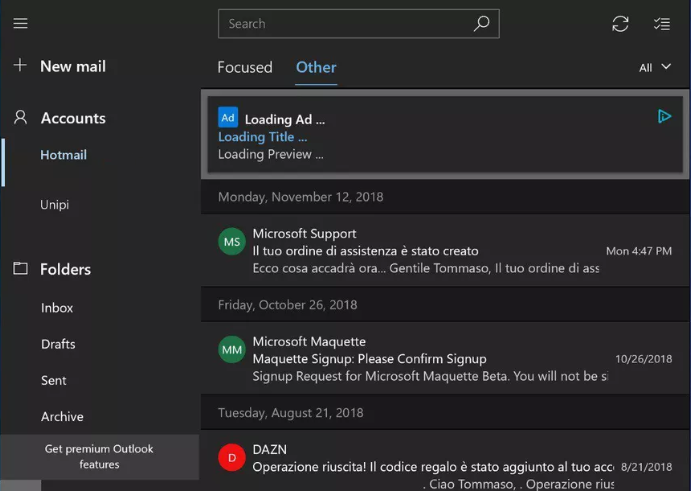 A Windows news site Aggiornamenti Lumia noticed that the software giant started testing ads in their popular Windows Mail app. The testing apparently started as a pilot program in a number of countries around the world. This test should help the company decide if ads in the Windows Mail app will actually go live.

Microsoft communications head Frank Shaw posted on his Twitter page that the company decided to turn these ads off. He also said that this experiment was never intended to be tested broadly and that ads should be gone now.

It’s rather unusual that a simple experiment like this already has a well-thought plan and prepared prices for opting out ads. Removing ads will cost you $7 per month or $70 per year which is a price for an Office 365 Personal subscription.

Serving ads in an application that comes integrated with Windows 10 is rather a thoughtless move from Microsoft. We sincerely hope that this really was just an experiment and if this goes live anyway, we are confident that many Windows 10 consumers will stop using this app.