Many Windows 10 consumers didn’t like the new tiled Start Menu that came with the release of Windows 8. Almost a decade later, it appears that Microsoft has finally decided to redesign the Windows 10 Start Menu.

A Microsoft Fan scoots37 posted several images of the leaked 20H1 release with Start Menu in both Dark and Light theme variants.

New Start menu design based on a leaked build and icons from @ALumia_Italia#FluentFriday #FluentDesign pic.twitter.com/HhsuZBeRfo

Even though the new Start Menu design is still in the development phase, leaked screenshots might give us a hint on what it may look like. Considering it is still a work in progress we hope it will result in a similar or even better Start Menu look than currently presented. 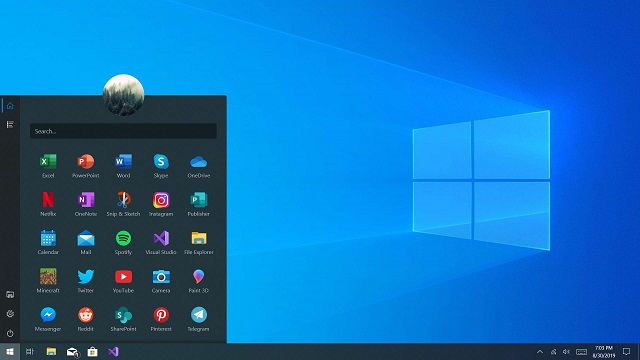 A Live Tile-alternative previously leaked in Build 18947 did look horrible in our opinion and was not a worthy replacement of the current tile-based Start Menu. Luckily, a new refreshed Windows 10 Start Menu will finally replace boring Live Tiles with a new design and fresh set of icons. Although, we have to say that this design looks somewhat similar to macOS design.

Windows 10 20H1 is going to be a major update featuring a lot of new features, refreshed User Interface and many other changes. More information on Windows 10 20H1 release timeline can be found on docs.microsoft.com.