According to J.D. Power’s US Tablet Satisfaction Study, Microsoft’s Surface is a better tablet than Apple’s iPad. This is the first time that tablet customers gave the advantage to Surface tablets with an overall satisfaction score of 855/1000. 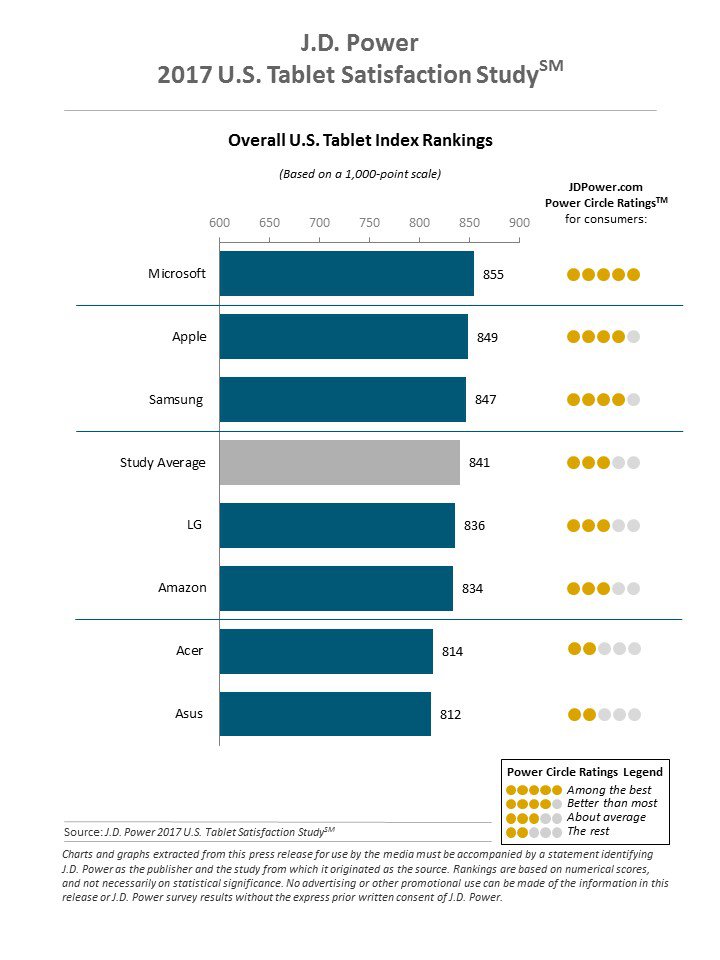 Top rankings of Microsoft in the features and design, internet connectivity, pre-installed applications and availability of manufacturer-supported accessories areas was responsible for Microsoft’s achievement.

Additionally, Microsoft got the highest rankings in size of tablet, materials quality and attractiveness.

48% of Surface users reported stylus usage (27% industry average), 51% of the physical keyboard usage (14 industry average) and 27% mouse usage (6% industry usage) which proves that Microsoft made a proper 2 in 1 device.