Duplicate shortcut in the taskbar issue

You’ve just installed your cool new Microsoft Edge Chromium-based browser and now you would like to pin it to the taskbar. You have right-clicked on the shortcut icon and clicked on Pin to taskbar command. 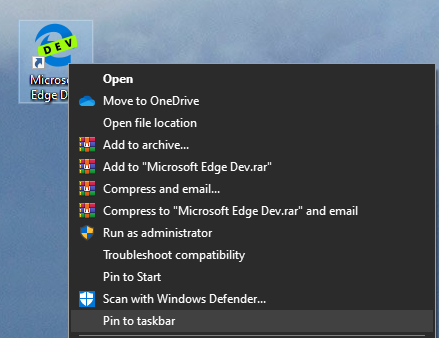 Once the new shortcut has been pinned to the taskbar you’ve clicked on it and have noticed that a new icon appeared in the taskbar.

Luckily, this is easily solvable. I am guessing that this is just one of those minor bugs that have managed to squeeze under Microsoft Devs radar 🙂 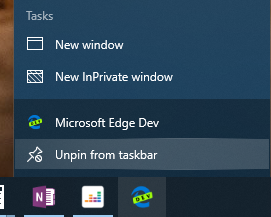 Now, run the Microsoft Edge browser again and once the shortcut appears in the taskbar right-click on it and select the Pin to taskbar command. 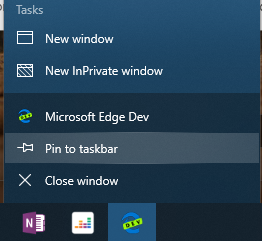 That’s it. This is how you solve a duplicate shortcut in the taskbar issue. Now all of your Microsoft Edge tabs will be clustered in one shortcut icon rather than 2 different icons on the taskbar.