Microsoft plans to launch Office 2019 in the Q4 of 2018 with some changes in Office applications package. 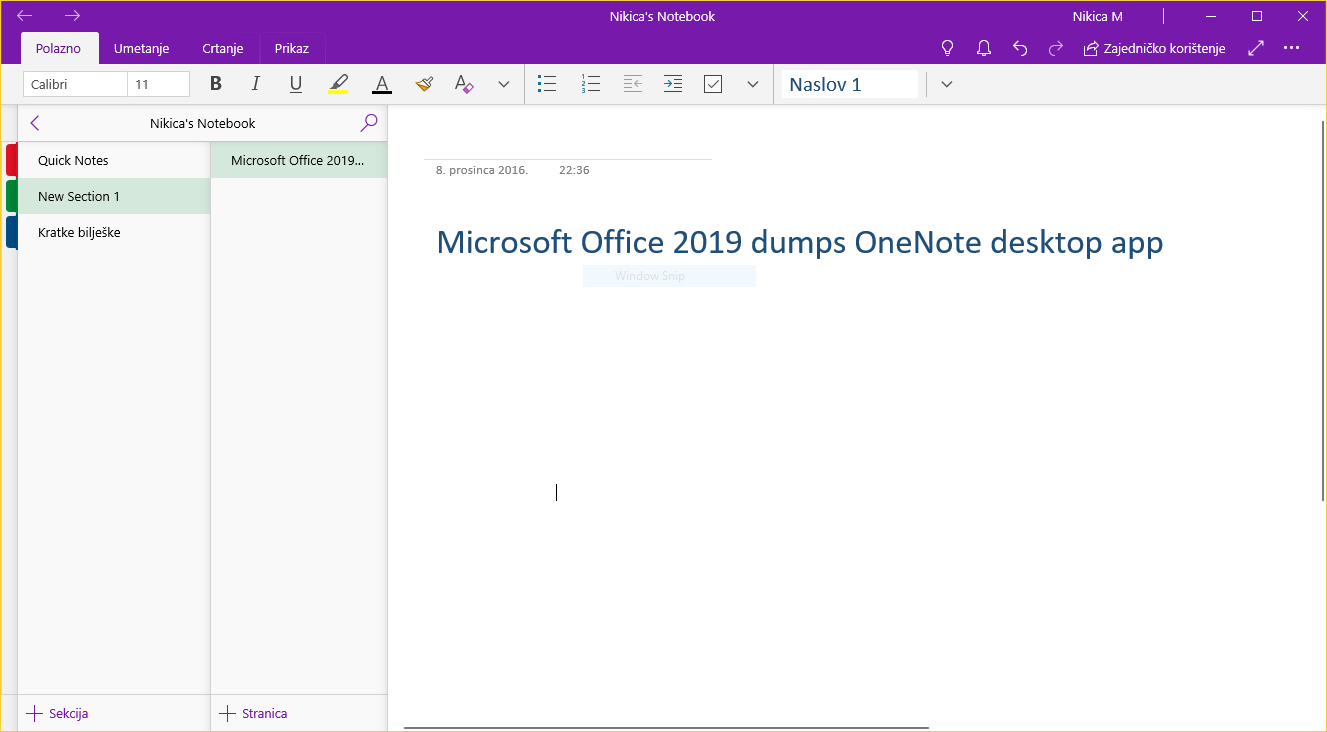 OneNote for desktop, a very popular Office application will be removed from Office 2019. It will be replaced with Universal Windows App for Windows 10 that will offer more than the desktop app. Microsoft has also decided not to support older Windows versions, so Microsoft Office 2019 standalone suite will only work on Windows 10.

A Mac version of Office 2019 will also be available, along with the cloud version for Office 365 subscribers. As always, Office 365 will be constantly updated with the latest features. The existing OneNote for desktop application that was part of the Office 2016 will receive security updates until October 2020, which is the mainstream support end date for Office 2016 suite.

Microsoft now focuses more on the OneNote for Windows 10 application which resulted in many new features being added to this popular application. Some of the new features of Windows 10 app include the ability to insert and search for tags, live previews of Office files within OneNote and Class Notebook features.

I personally like the OneNote desktop app more because it’s faster than the cloud version. Anyway, it seems that we’ll all have to embrace the upcoming changes from the Redmond giant if we want to stay updated.