Windows 10 Lean, another variant of Windows?

The latest Insider preview build of Windows 10, the Redstone 5 offers a new Windows version you can choose during the Setup. 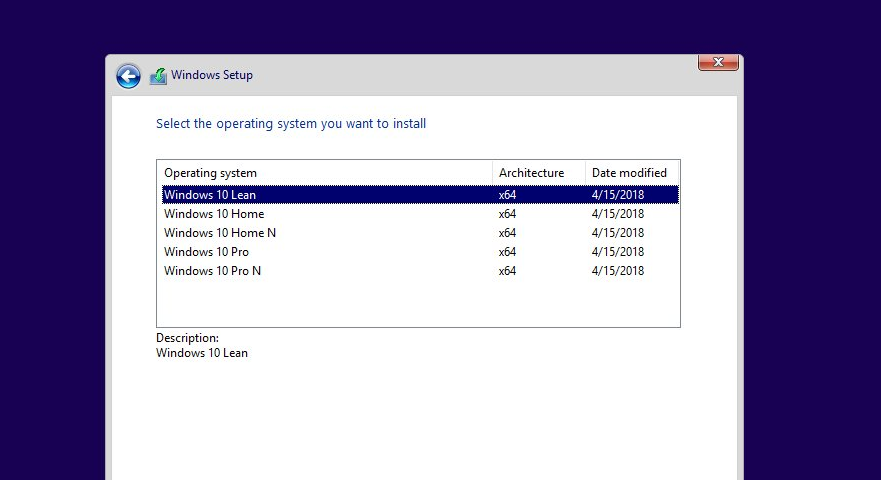 Windows 10 S version has been removed as it can now be applied to regular Windows installation as a mode. Initially, Windows 10 S was targeted for schools and small business.

Regardless the fact that Win 10 S has not been completely removed, Microsoft decided to replace Windows 10 S with another successor called Windows 10 Lean. This “Lean” installation is around 2GB smaller than Windows 10 Pro. Unlike other Windows installation, Win 10 Lean is missing many things like MMC management console, desktop wallpapers, Registry Editor and more.

It does not apply the same restrictions as the “S” version as it is capable of running traditional Win32 apps and Universal Windows Programs from the Windows store.

It is yet to be announced for who this “Lean” version of Windows is actually intended for? It could be targeted for the embedded market, ATM’s, cash registers etc. Microsoft still has not commented this “Lean” Windows version.

It appears that “Lean” might not be the final branding as once installed the system still shows Windows 10 S.

Microsoft’s Build developer conference is coming up in a few weeks when we’ll probably get more information on this topic.